This project was commissioned by Information Management and Mine Action Programs (iMMAP) who is assisting the Chadian Independent National Electoral Commission (CENI) in Chad. The goals of this project were to geo-reference +/-10,000 polling stations for the entire country and then add attribute data such as type of polling station, mobile network operator available, accessibility, and time to reach from the sub-district center to that dataset. This dataset should have been used for the preparation of the upcoming legislative elections due in September 2010. Unfortunately the mission has been postponed/cancelled as the work as the data were not efficient. I believe iMMap is still waiting for a commitment from the CENI to provide better data for spatial referencing and/or support to spatially locate the polling stations. The CENI by the time was quite busy with the election census and the communication was barely possible between the CENI and iMMAP. Indeed, we needed better quality data as for spatial reference. With the data received we could hardly reference by manually linking one by one about 50% (max. 5 000 out of ~10 000) of the polling stations. 10% (about 900 polling stations) only could be automatically linked based on the village name and the rest still needed to be annually linked (about9 000). About 1 500 polling stations had no village linked to it, which made them impossible to map. I must confess I was a bit frustrated not having the possibility to end this mission nevertheless that was a great experience in the end as I have been involved in my first volunteer mission, I have been in contact with several NGO and I had the opportunity to give my expertise on geographical data.

California, USA
Being a member of the team for the 2019 Crowdsource Hurricane Map and the 2020 Disasters Crowdsourced Photos Map where we geo-locate photos and information for a Situational Awareness Map has been a rewarding experience. I enjoy being able to help others in need remotely... 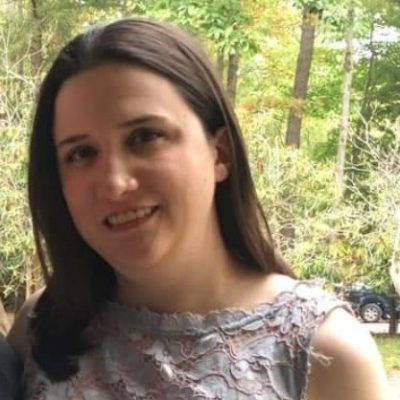 Oil & Gas industry, Ohio, USA
With the Covid Testing project, we are helping people in real-time. The new testing site we add today could help someone get a test tomorrow. I love working with volunteers from across the country and world on projects and have learned a few GIS tricks that I use at my day job...

Environmental Geospatial Analyst, New York
I am very passionate about my work because it is focused on what I care most about in life, socio-ecological health. While I have always worked in relevant jobs, my interests are wide and varied, so I've often volunteered my skills to contribute in ways I could not within a given employment capacity...
Projects by Year
Have an idea for using your GIS skills to support a nonprofit you love? Take the GIS Service Pledge!
© GISCorps 2009 701 Lee Street, Suite 680 Des Plaines, IL, 60016, USA (847) 824-6300
Back To Top
We use cookies to ensure that we give you the best experience on our website. Click Yes if that's okay with you, and No if you'd prefer that we did not use cookies. You can change your answer at any time. Privacy policyYesNoPrivacy policy